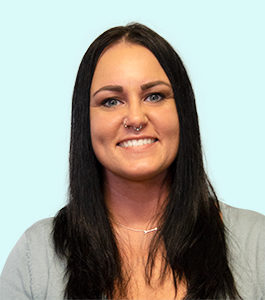 Ace. Aro. Bi. Pan. Trans. Questioning. Inter. Fluid. What do all of these words signify? No, they are NOT fancy cars, or rock bands, they are words used to describe sexuality and gender identity. Previously, words to describe sexuality include homosexual, heterosexual and bisexual and while these words are still relevant they are not all inclusive. The list is ever changing and growing with more and more knowledge and comfort in the LGBTQ (Lesbian, Gay. Bisexual, Transgender, and Queer) community. While the acronym most commonly used “LGBTQ” is NOT all inclusive, it is a somewhat large umbrella as the letter Q can be changed from questioning to queer, and the letters I and A can be added for Intersex, Asexual, Aromantic and Ally.

Early on, homosexuality was considered a mental illness diagnose-able in the Diagnostic and Statistical Manual of Mental Disorders III. Professionals now use the DSM-V which does not include homosexuality; however does include gender dysphoria to account for the individuals who do not feel their physical being matches their psychological being.  In this day and age, discussing sexuality and gender identity is done on many different platforms such as schools with Gay/Straight Alliance clubs, media in movies and music, as well as social media such as Instagram and Facebook. The LGBTQ community is growing daily and while there is much more acceptance for the community there are still individuals who are not in support, due to this, the number of suicides in this community is very high.

As a mental health professional, I am dedicated to being an Ally for this community whether they be a child, an adolescent, or an adult. I am a safe person, my office is a safe place, and I am an advocate through and through.

About the Author: Stefanie Palmer, LPC

Stefanie is a Licensed Professional Counselor (LPC) who holds Master’s degrees in Forensic Psychology from The Chicago School of Professional Psychology. Stefanie specializes in working with adolescents and their families. She also enjoys working with children and young adults. Stefanie has provided counseling services through in-home-based programs, inpatient hospitalization as well as partial hospitalization treatment settings, in Wisconsin (and briefly Northern Illinois) over the last 8 years prior to joining Pathways Consulting in 2015.